And the Forest Remains 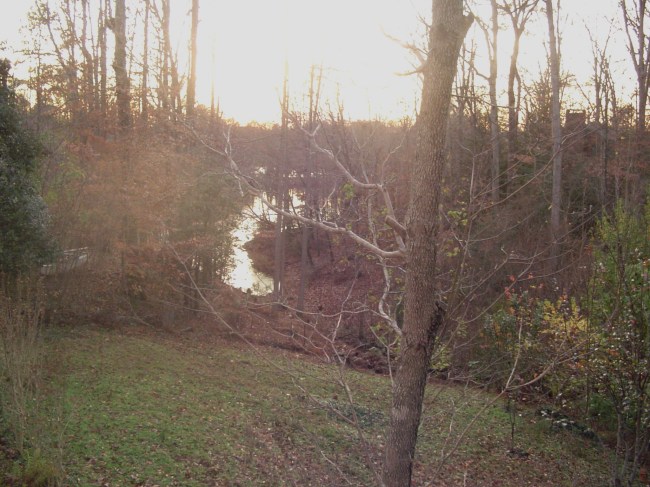 A forest has its own web of life woven over centuries of growth and decay, comings and goings.   Our bit of forest was once part of the land holdings of a great Native American nation,  Tsenacommacah, headed by Chief Powahatan in 1607, when the first English came and seriously disrupted the way of life along the marshes and forests near an island they named “James Forte”.  Fixated on their fears of Spanish ships, they closed themselves off in a tiny, triangular stockade.  Most of these early English settlers had come from the cities of England and didn’t have the wardrobe, tools, skills, or mindset to learn to survive in this native land. 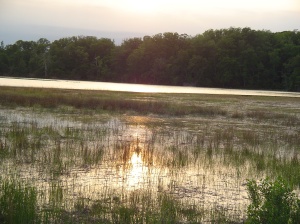 The marshes along College Creek at sunset.

Had they settled along the shores of what is now called ‘College Creek” and  forged positive relationships with the native people, instead of building a tiny fort on an island with no fresh water supply and souring the relationship with their hosts, their story would have unfolded quite differently.  But then, history, whether the history of our nation, or our own personal his-story or her-story, is built on just such musings of how things might have unfolded differently.

A tree along the Colonial Parkway near Jamestown Island

Nearly all of that first group of English died or returned to England within the first few years, but more colonists kept coming.  The banks of College Creek were soon part of vast tracks of land owned by various English families. The forests were cut to build settlements, construct fences and burn for fuel.  Much of the land was put under cultivation to grow food for the colonists, and later tobacco to trade. My own garden is on such a steep slope, I doubt it was ever cultivated, except in trees. 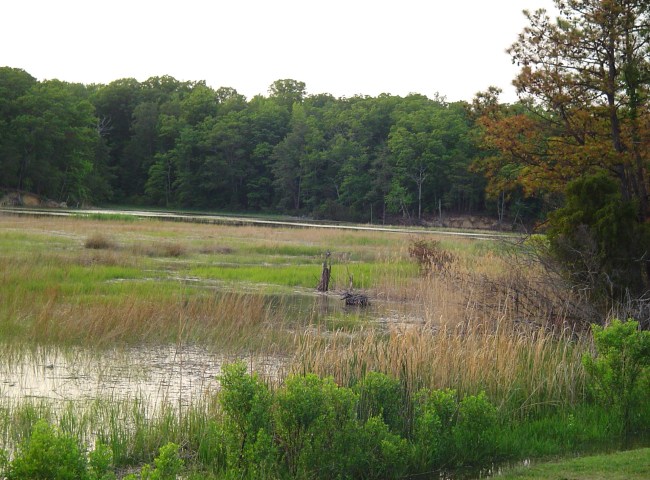 Thirty one years after that first landing, Middle Plantation, later Williamsburg, was settled between College Creek and Queen’s Creek in the center of the peninsula.  Soon a road connected James Towne Island and Middle Plantation, where the seat of government had moved by 1677. 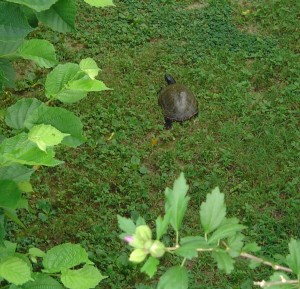 I like to remember that the land where I garden once was hunted by a mighty nation of native people, and respect the heritage of forested ravines and creeks still here.  I’m reminded that the deer, the birds, the frogs, the foxes, the squirrels, the possums, and even the mosquitoes are the descendents of the families of creatures who have lived here for centuries.  The families of bright birds in constant motion from tree to tree were here before this home was built, and will still be here, I hope, generations from now.  Taking this long view reminds me that I am only a steward of this land, with a responsibility to live lightly and manage, but not destroy, the web of life that is now my home, too. 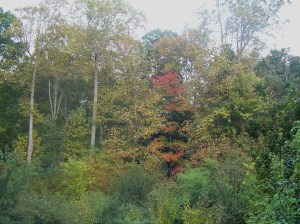