Yes, we had some flooding this weekend.  But I didn’t think it was this bad!

Slowly, the water is receding; but what a difference a weekend can make!

“There is no perfection,

only beautiful versions of brokenness.”
.

in proportion to one’s courage.” 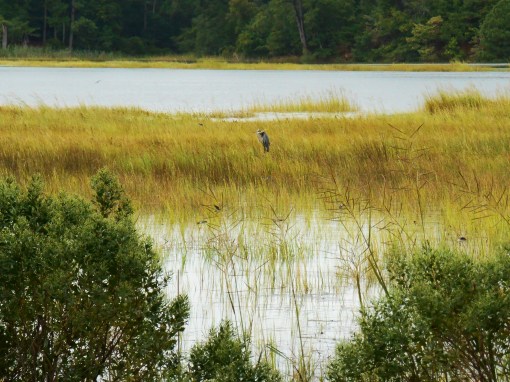 “The simple step of a courageous individual

is not to take part in the lie.

One word of truth outweighs the world.”

“Courage doesn’t happen when you have all the answers.

It happens when you are ready

to face the questions you have been avoiding

“I have not always chosen the safest path.

I’ve made my mistakes, plenty of them.

I sometimes jump too soon

and fail to appreciate the consequences.

But I’ve learned something important along the way:

I’ve learned to heed the call of my heart.

I’ve learned that the safest path

is not always the best path

and I’ve learned that the voice of fear

is not always to be trusted.” 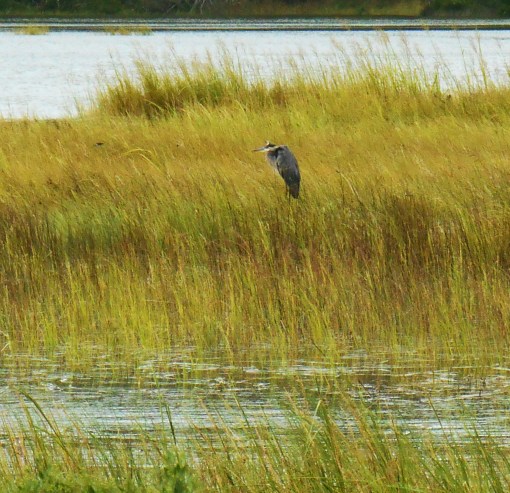 it is the awareness

that something else is important” 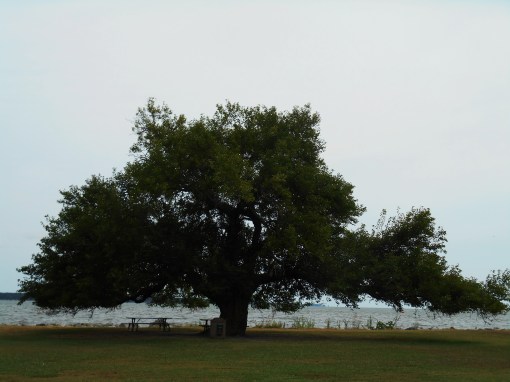 “Courage is the price that life exacts for granting peace.”

The storm, Hermine, still spins off the coast making her way, slowly and majestically, towards the northeast.  Now off the Outer Banks of North Carolina, and back over open water, she gathers strength even as she loses speed.

Her winds are up, her pressure down, and she generously keeps sending rain showers our way. 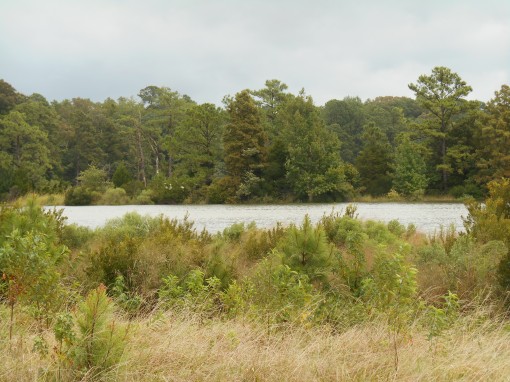 The folks on-air at the Weather Channel obviously aren’t allowed to use the ‘H’ word anymore.  They call her a ‘Post-Tropical Cyclone.’  But we know the truth.  Her winds are back up to a sustained 70 mph and her pressure is down to 29.38 inches.  That sounds like a hurricane to me.

The James River is well out of its banks here near Jamestown.

I’m thinking of loved ones on the ‘Eastern Shore’ of Virginia, Maryland and Delaware.  They pretty much sit on a little peninsula out in the Atlantic Ocean, well out of site of the mainland.

It must feel very lonely out there when a hurricane is knocking at the door.  And this one brought an overnight bag; it may spin off their coast between now and Wednesday or Thursday!

We’re far enough inland to have benefited from the rain but not had problems caused by the winds.  Our streets, wet and covered with pine tags and fallen leaves, are blessedly clear.  The few branches we’ve cleared were all small enough to pick up and toss with one hand.

But the creeks and rivers have spilled out of their banks.  All the marshes and ditches filled and overflowing from the storm surge, reflect our low grey sky.  Flocks of birds gather and fly in great arcs above the wetlands.

They feel the change in the air, as do we, and have gathered to prepare for their autumn journeys. 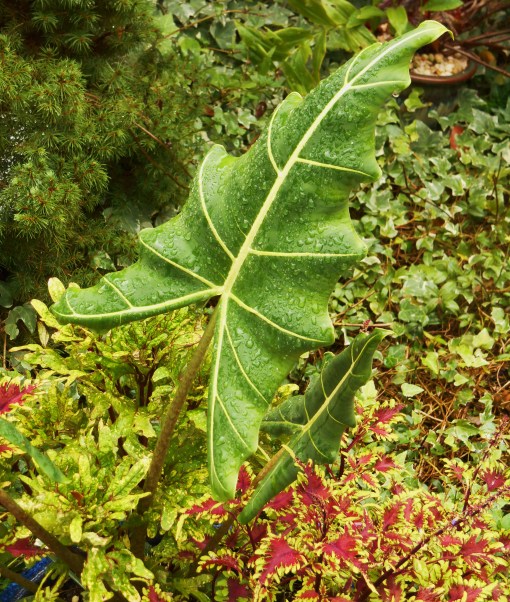 Our rain came last night, soon after dusk.  Quiet and gentle at first, we had to listen carefully to know it had begun.  It rained all night, giving life back to our desiccated  garden; and we awoke to a newly greened and wonderfully  wet world.

Plants which I thought were dried and finished plumped up and revived themselves overnight.

This slow, gentle rain has soaked in instead of running off.  The soil is soaking it in, channeling it down, down, to the reservoirs below.

There is nothing like a prolonged drought to remind us that water is the life’s blood of every living thing.  It is that magical, precious substance which animates and sustains us all.

The ‘Hurricane Lily,’ or ‘Spider Flower’ got its name when gardeners recognized that its bloom comes on only after a heavy late summer rain.  A long dry hot spell, followed by a heavy rain, such as a tropical storm might bring, triggers growth in this unusual bulb.

Its flowers come first in late August or September.  Carried on tall bare stems, this flower is another of the lilies commonly knows as ‘Naked Ladies.’  Long, thin Liriope like leaves will emerge in several weeks, growing through autumn and into the winter.

Even a damp and bedraggled Ginger Lily still smells sweetly.

My intense watering, these last few weeks, of the roses and Ginger Lilies growing near our bulbs triggered their early blooming.

They didn’t wait for the hurricane to pass before they bloomed.

Now, if you want to order a few bulbs for yourself, please search for ‘Lycoris radiata,’ not ‘Naked Ladies,’ as a friend told me he recently did.  There are several lilies from bulbs which bloom either before or after their leaves appear, and so have earned this descriptive moniker.  My friend suggested that his returns on the search were more interesting than he expected.  And I promised to email a link to him for ordering some bulbs….

We’ve now enjoyed 20 hours of nearly steady rain, with more to come.  The air smells fresh and the breeze is cool.

We are quite satisfied with Hermine’s brief visit.  And we wish her well and hope she moves on out to sea, sparing our neighbors to the north any ill effects from her passing.

For the Daily Post’s