The Season of Wreathes 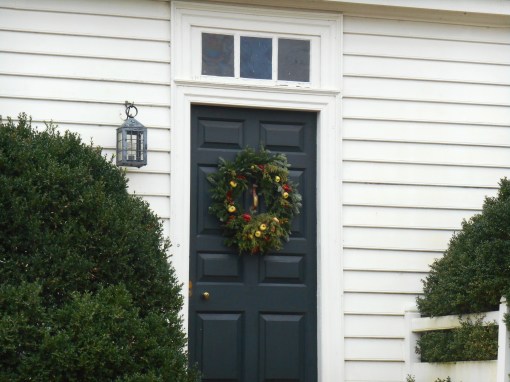 It is December in Williamsburg, and wreathes are appearing on front doors everywhere.

I love early December when it is still warm enough to walk around the colonial area and enjoy these unusual and beautiful decorations. 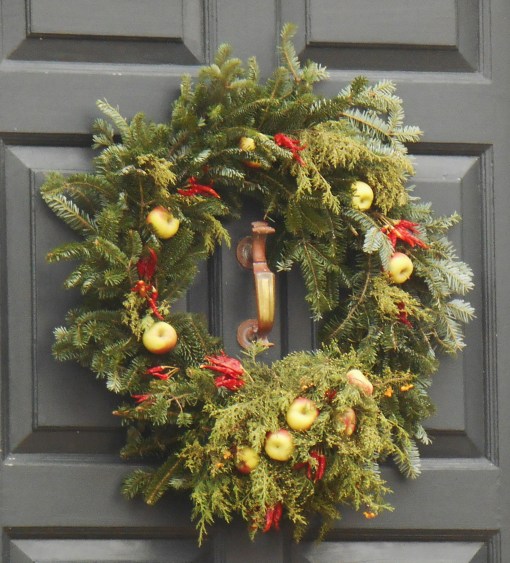 Known as “della Robbia,” these unique decorations are made from natural, easily accessible materials which would have been available to the residents of Williamsburg during the 18th Century. 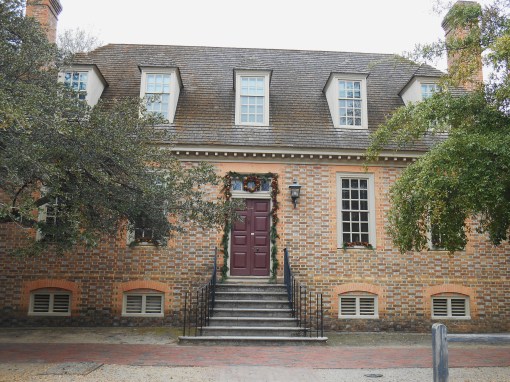 These wreathes, garlands and sprays reflect the evergreens and berries available in our Virginia woods, shells collected from the James River and Chesapeake Bay, feathers from local birds, dried flowers and pods grown in Colonial gardens, and the many fruits and vegetables either imported from the Caribbean colonies, or grown locally. 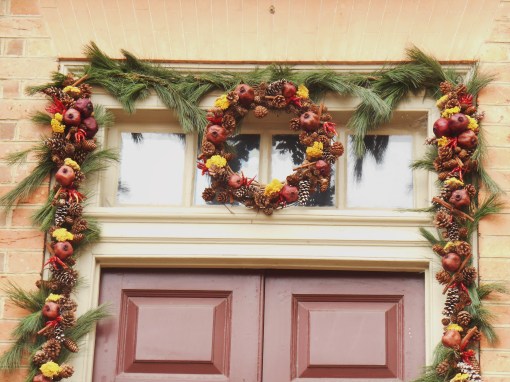 No, we don’t grow pineapples, lemons and oranges in Virginia.  But these exotic fruits were readily available to the colonists through trade with the rest of the British Empire. 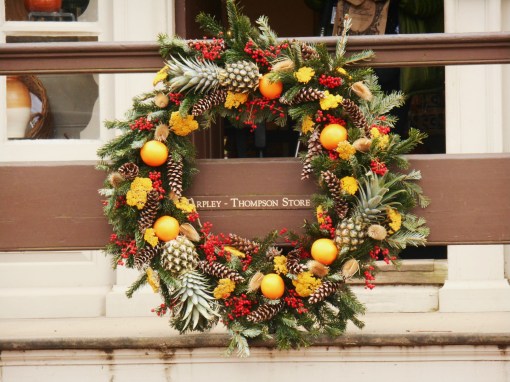 The Colonial Williamsburg Foundation produces all of the wreathes and decorations used on their buildings each December. 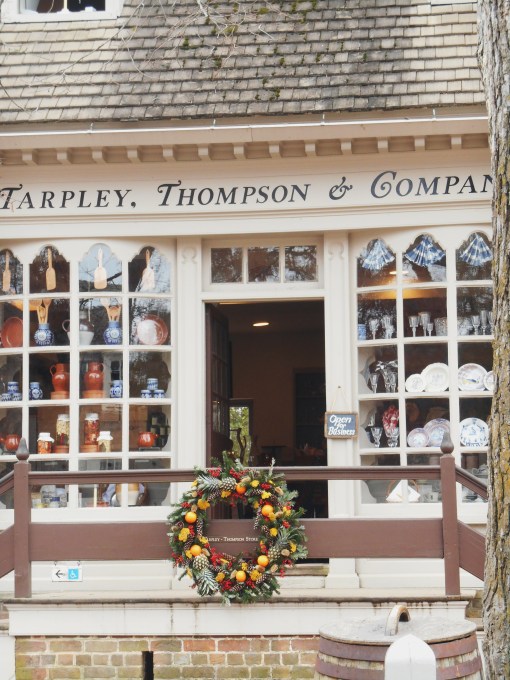 It is a huge undertaking for their staff each year, and draws visitors from across the United States and around the world. 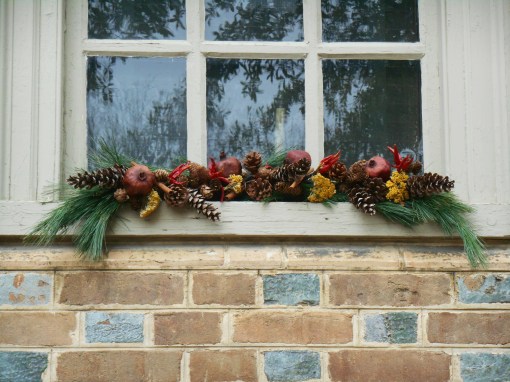 I was in good company with lots of other photographers as I took photos on the eastern end of things, near the Colonial Capitol, yesterday. 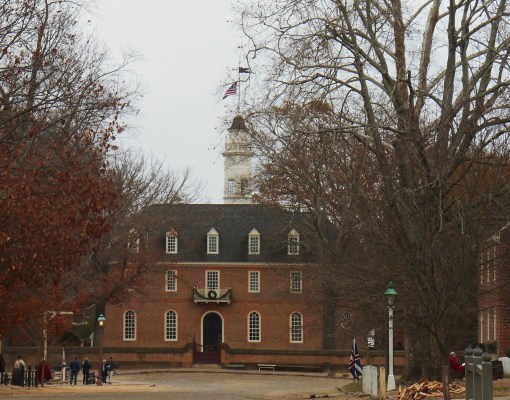 We’ll make another trek to capture the decorations on the western end of Duke of Gloucester Street, near The College of William and Mary, one day soon. 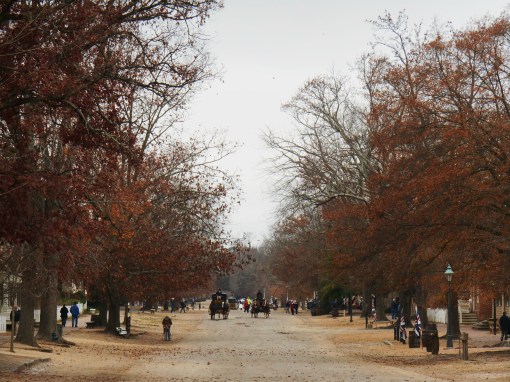 Some of my companion photographers planned to use their photos to produce their own Christmas cards.  Others just wanted souvenirs.

I’ll share photos with you over several posts during December. 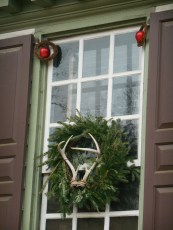 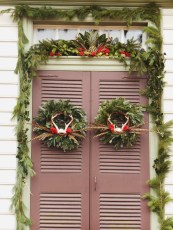 I’ve made the first of my own wreathes for this year, in the della Robbia style, and they are hanging now at our neighborhood community center. 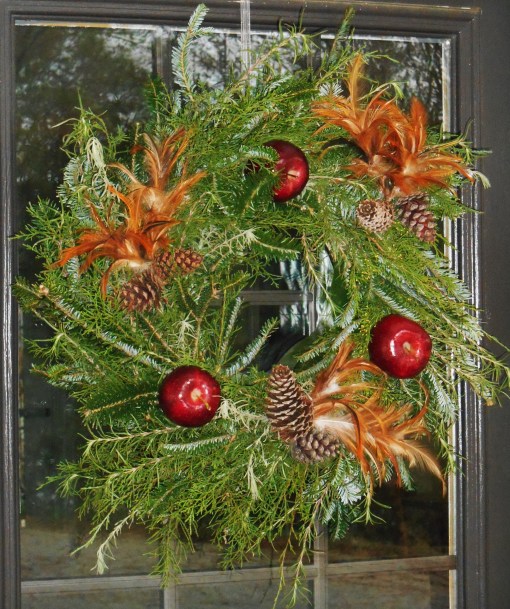 I made this wreath on Saturday.

These are made on purchased straw wreath forms.  I begin with a base of Magnolia leaves, then add mixed bunches of evergreen which includes Cedar, Rosemary and Lavender  from our garden, and trimmings from the Christmas tree we purchased on Saturday.  Step by step instructions, with photos, may be found here….

These wreathes are trimmed with pine cones collected near College Creek on Saturday afternoon, Red Delicious apples, and some feathers from the craft store.

I hope you’ll construct some beautiful wreathes of your own this year, using whatever materials you can collect locally. 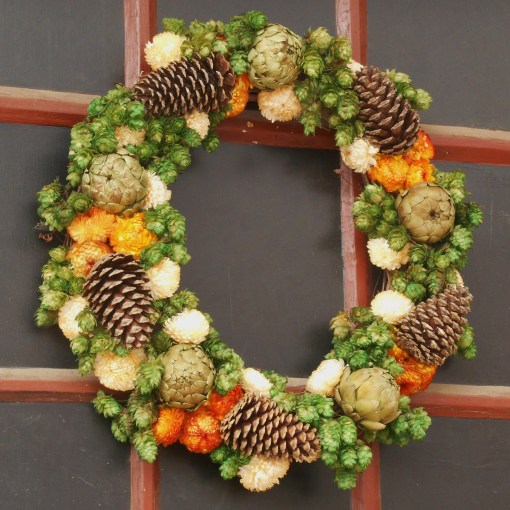 Please send me photos of your creations (by December 13)  to include in a round-up post later this month.  I can’t wait to see what you come up with!

If you blog, please send a ping back and I’ll include a link to your post from mine.

This is a tiny little rebellion against Christmas “Made in China.”  Let’s make our own Christmas cheer, from the materials close at hand, just as our grandparents did. 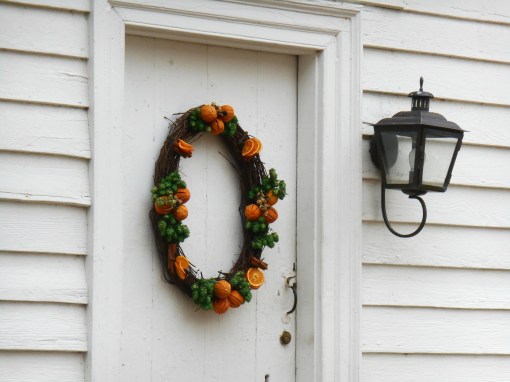 7 responses to “The Season of Wreathes”