Beautiful marshes cut across much of Jamestown Island.

Connected to the mainland only by a bridge and isthmus, the low lying island is cut through with creeks, which rise and fall with the tides. 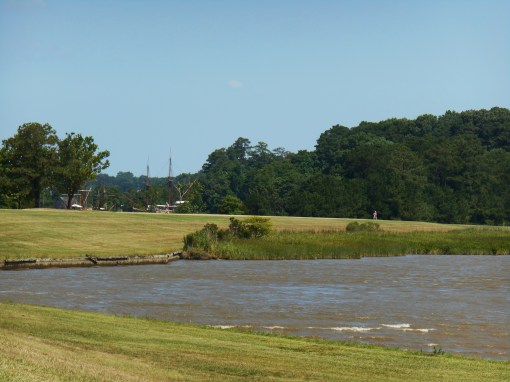 The ship replicas, housed at the museum, are on the mainland side of the isthmus. The road here is the Colonial Parkway.  The waters of Sandy Bay are visible to the right.  The James River lies to the left, where the ships are moored.

The thick grey mud of a briny marsh harbors and nurtures  a multitude of living things, allowing a rich web of life to spin itself into being in this richly abundant place.

These same marshes which harbor crabs and turtles; dragonflies and mosquitoes; birds and small fish made Jamestown an unwholesome place for the early colonists. 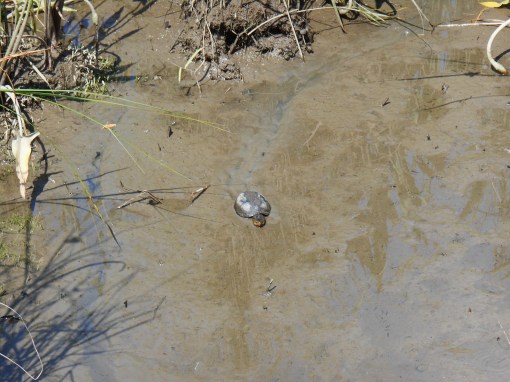 Drought in 1607 made the water of the James River even saltier than usual.

With no freshwater springs on the island, the colonists had few choices but to drink the briny mix as they suffered from biting  mosquitoes and mayflies.

Driving through these marshes on a hot summer day gives you a taste of what they experienced.

The heavy wet air smells briny.  Despite the abundance of life, little of it looks promising as dinner. 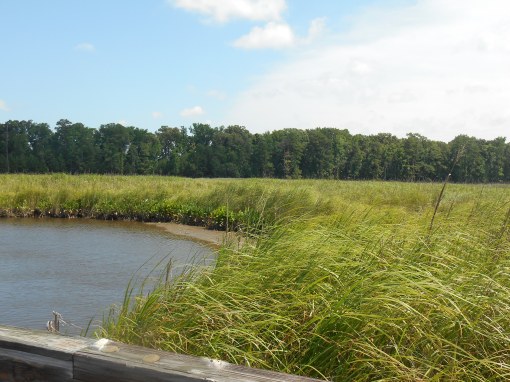 We enjoy this drive around the island.

The National Park Service maintains these loop roads which originate at the Visitor Center (map).

If you buy your ticket and walk out from the Center, across the marshes on the present day boardwalks, you’ll find yourself at the archeological site:  the area where the settlers built their original triangular stockade along the bank of the river, clinging to the farthest edge of the island. 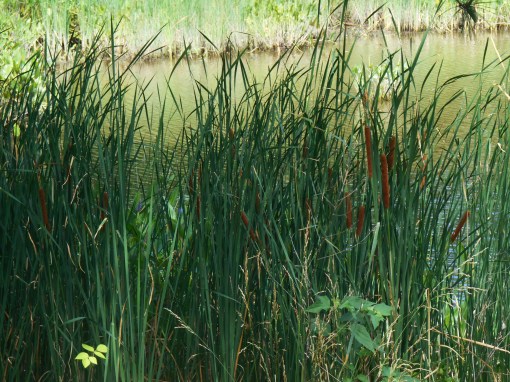 Cattails grow along the edges of the marsh. These are a wonderful source of food which the Colonists probably didn’t recognize or know how to prepare.

They were often confined to their stockade, still a poor protection against attack.

Even the areas of the island we roam so freely today were inaccessible much of the time to those first English living in this New World.

But we love this area where eagles and hawks freely nest.  We hear the deer moving through the forests and find turtles and snakes along the way.

Swallows and Red Winged Blackbirds swoop and dive in their constant hunt for flying insects. 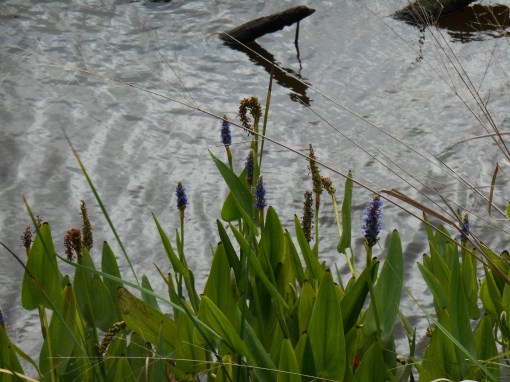 Butterflies appear from time to time dining on the abundant flowering vines and Pinkerel Weed.

Forests have re-grown over much of the island.  This original forest was harvested centuries ago to meet the needs of the colonists building a new life in  a strange land. 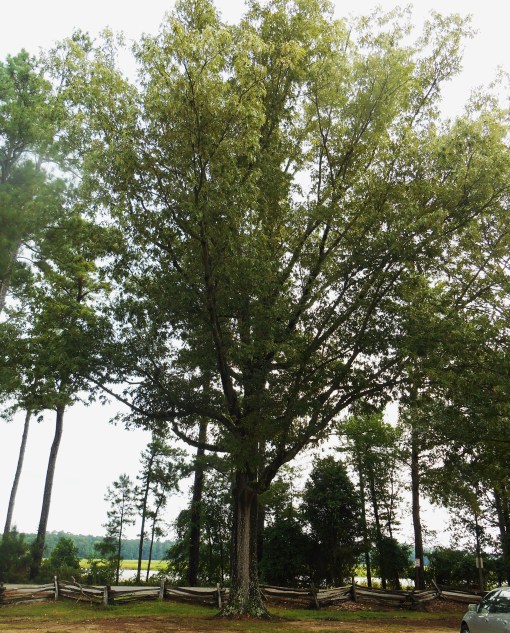 This Oak stands at the edge of the Visitor Center parking area, along the entrance to the loop road.

But this land is protected now, and some great old trees appear here and there among the more recent pines and smaller scrubby growth.

A birder’s paradise, one could spend a lifetime here just observing the unfolding life and changing seasons.

An early morning low tide reveals many of inhabitants of the marsh who are normally hidden.

Thank you for coming along on this summer drive with us. 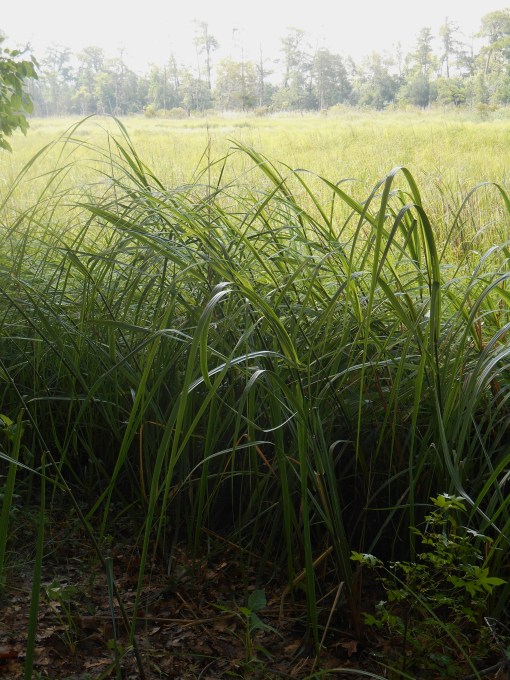 2 responses to “The Marsh”