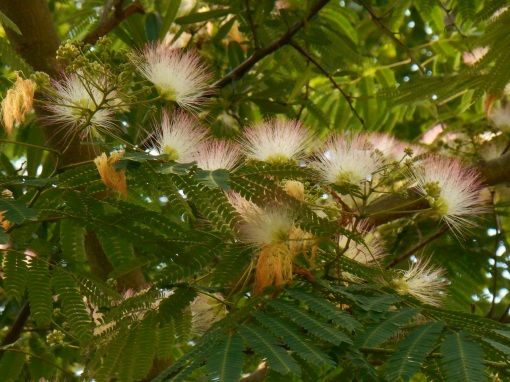 “Thanks to impermanence, everything is possible.”

This beautiful tree, which I learned to call “Mimosa” as a small child, is also known as “Persian Silk Tree” because of the silky texture of its flowers.

Native to areas of Asia, the Mimosa, or Albizia Julibrissin, was brought to Europe in the mid-Eighteenth Century, and eventually to North America.

It now grows across the entire United States, especially in the southern half of the country. 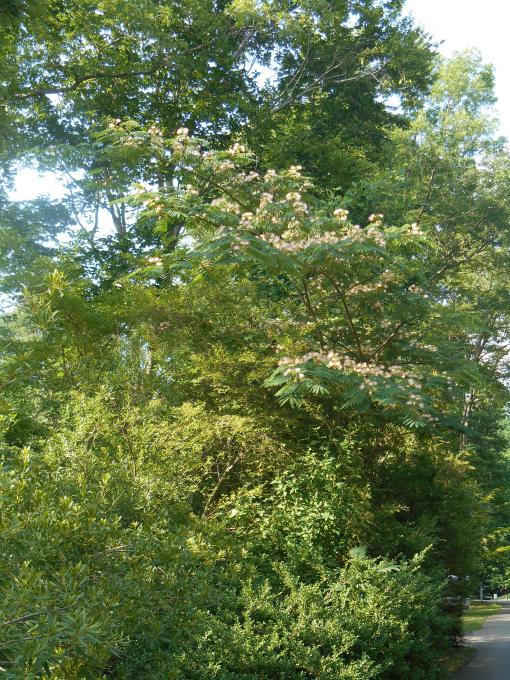 This is one of the first trees I learned to identify as a child because it is found so commonly on roadsides in Virginia.

It would always catch my eye, and I would admire it on family trips. 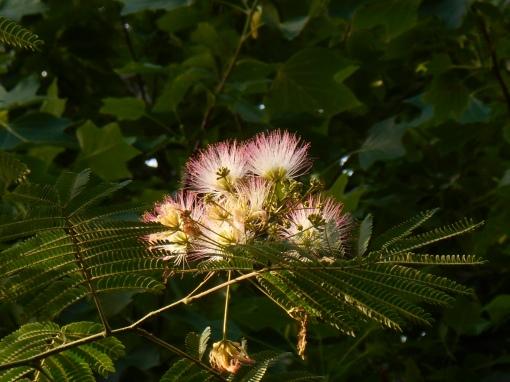 Its soft pink blossoms are also fragrant, and limbs with blossoms provide many hours of make-believe fun for little ones.

Introduced as an ornamental tree, it blooms here from June until September. 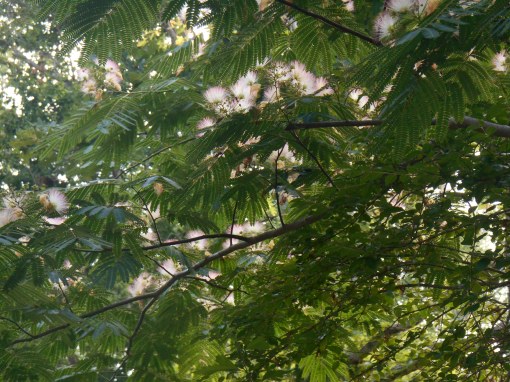 Seeds grow in long pods, much like the seeds of a Redbud tree, and also provide food for wildlife.

Planting one in your garden guarantees hours of enjoyment watching the traffic of nectar loving creatures dining from it each day during its long period of bloom. 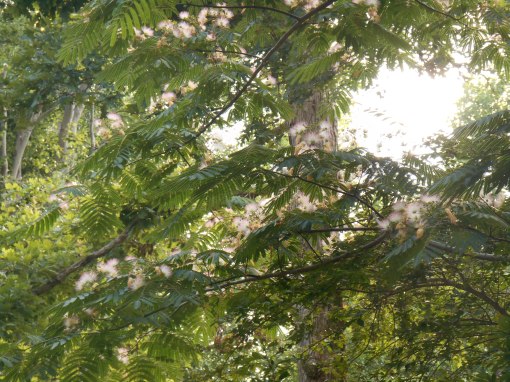 This beautiful non- native naturalizes easily, and despite its beauty, is considered an invasive species in some areas.

It is considered invasive because it self-seeds so easily.  A high percentage of all seeds produced are viable.  This is the species, not a cultivar; so all seedlings have the potential to grow into beautiful trees just like the parent. 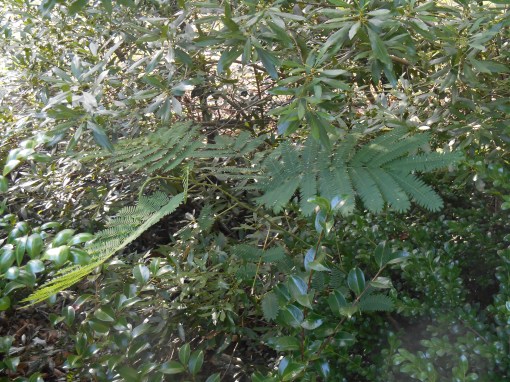 New trees crop up on any bare ground, and grow rapidly.

When we came to this garden, a huge mature Mimosa tree grew near our property line, ornamenting that part of the garden.  We could watch the many visiting butterflies from our deck.

Sadly, it was one of the trees lost in a recent hurricane when oaks fell on it, taking it to the ground.  We have missed that tree tremendously, but are happy that it is coming back from the roots.

This Mimosa, in another part of the garden, is blooming for the first time this season.  We are thrilled that new Mimosas have grown up to replace the one we have missed so much.

One of the difficulties in growing Mimosa in our garden is its attractiveness to deer.  Our herd has grazed the recovering tree each year, and all new trees, slowing their growth.

If the Mimosa can survive to outgrow the deer’s reach, then they can mature into their full potential. 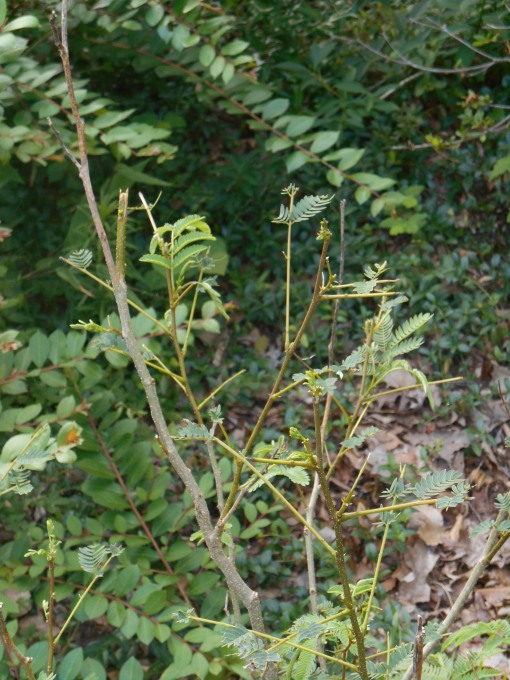 A member of the pea family, Mimosa has very tender (and most likely tasty) deciduous leaves.

The leaves, which grow much like the fronds of ferns, will close up at night, and may close during heavy rain.  They don’t give much fall color, but do help to build the soil as they decay. 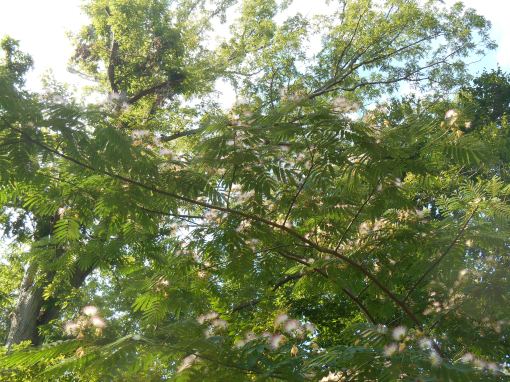 This is another plant which will look after itself.  Other than watering a new tree during drought, little else is needed from the gardener.  Pruning lower branches may become necessary depending on where the tree grows.

Some may look at this tree as “weedy,” especially when it self-sows in areas where it isn’t needed.

I happen to love the beauty of its pink flowers each summer, and still find its appearance in June one of the joys of early summer. 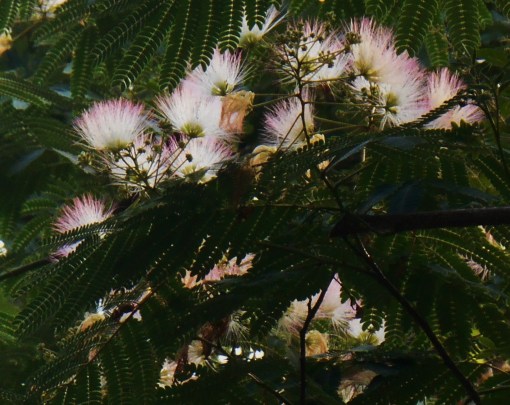 “Only the present moment contains life.”