We were told a story, when I was a child, about a mythical character who came out on autumn nights to paint all of the green leaves in bright colors.

His name was Jack Frost.

In picture books he was shown as a little elf carrying pots of paint and a huge paintbrush.

He painted all of the green leaves so they turned bright yellow and orange, scarlet and gold.

This, or course, was an attempt to communicate to a very young child the scientific understanding of how frost, or freezing temperatures, causes green leaves to change colors. 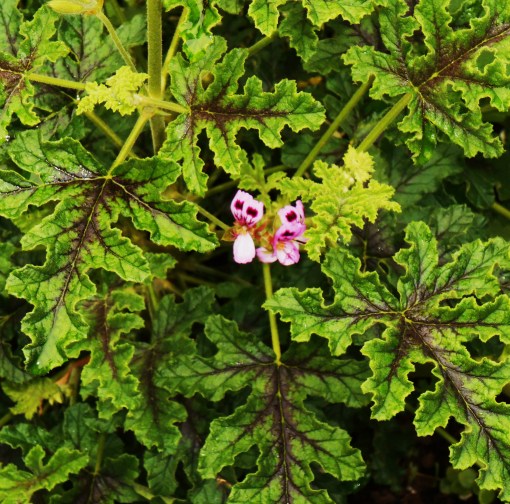 Years later, I learned that frost killed off the chloroplasts, and thus the chlorophyll which gave leaves their green tint.

Once the chlorophyll was killed by the cold, the true color of the leaf was revealed.

But what of these gorgeous leaves?

They open in kaleidoscopic colors.

Looks like Jack Frost has already painted each leaf as a perfect masterpiece of line, color, and form. 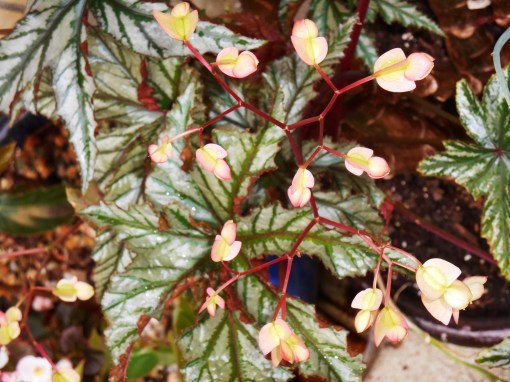 But these  leaves are dressed in their summer finery.  No frost has touched them. 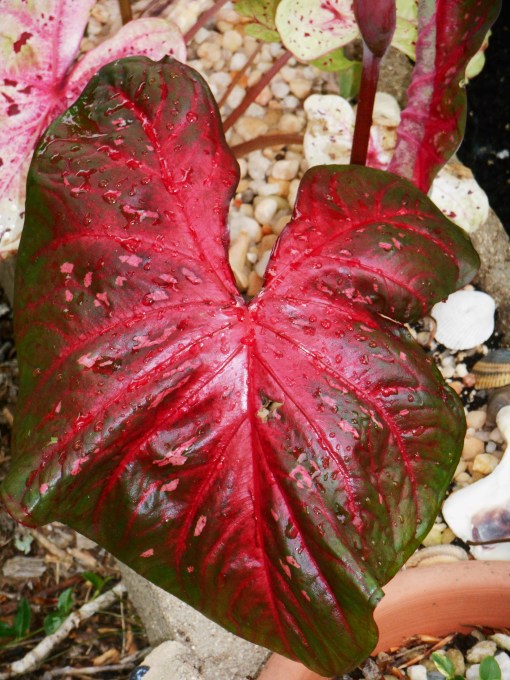 Their brilliant pigments are able to carry on photosynthesis, and sustain the life of the plant, with a minimum of green.

Are they using different wavelengths of light?

What a beautiful mystery. 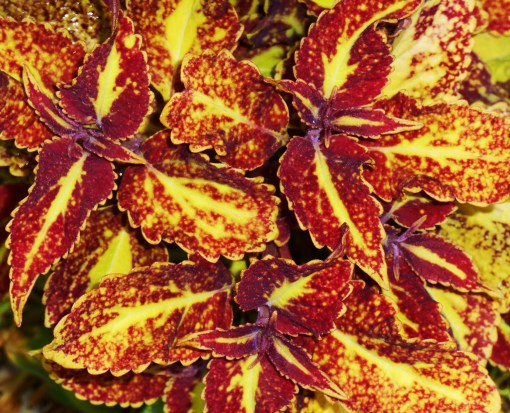 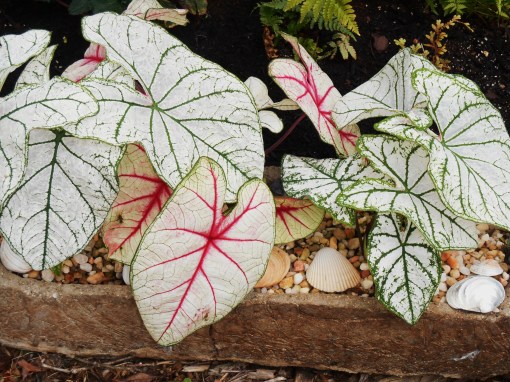